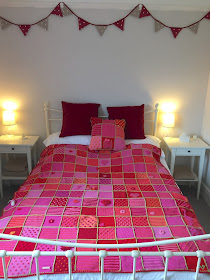 Without a doubt the Crochet World is one that stretches far and wide to all corners of the globe, and nothing has demonstrated this more than a project that I have recently had the honour and privilege to be a part of.
Being a total Crochet lover I take a huge amount of pleasure from the Crochet Community that exists in the world of Social Media, and my journey through this fabulous world over the past two or three years has been nothing short of wonderful. Not only is it a place of great inspiration and sharing , it has also allowed me to get to know many like-minded friends, one of whom, Amanda Bloom from the Little Box of Crochet,  many of you will be familiar with. I first worked with Amanda when I put together a design for her January Little Box of Crochet. Amanda began her business, not only from her love of crochet and creativity but also from personal need as her beautiful daughter Jenny had recently been diagnosed with an aggressive brain tumour. By running a business from home Amanda was able to continue to work whilst at the same time being there to care for Jenny.
When Jenny’s cancer returned for a third time, and with so many friends following their story I felt we, as a community , needed to get together and show our support in some small way.
The beginnings of an idea was growing in the back of my mind and in no time the seed was sewn … Jenny needed a blanket, a blanket of hugs, that she could wrap herself in to feel all the positivity and love that everyone was sending from all corners of the world. 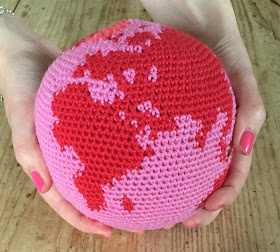 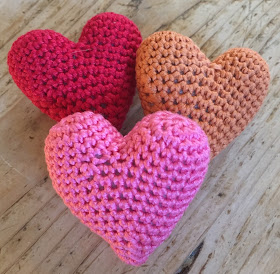 I tentavily put my idea out on my Instgram page and was instantly inundated with people wanting to take part.
Within a couple of days, and following ‘secret’ chats with Amanda we decided on the colours and a suitable yarn was chosen. No sooner had I let everyone know what they were, the Australian and American Crochet Contingents had come up with  similar yarns that could be sourced in their part of the world and then it was full speed ahead for me to design the squares. 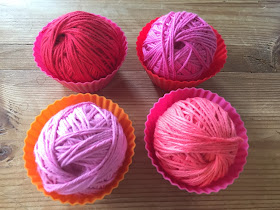 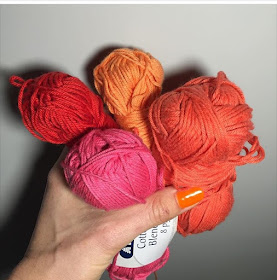 The squares were designed so that everyone, whatever level of crocheter they were, could take part if they wanted to. 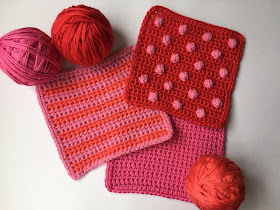 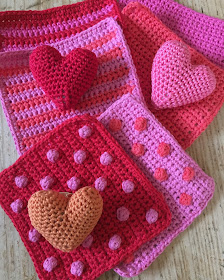 I put the patterns and all the details up on my blog on a Friday evening and by the following Tuesday the first packages were arriving ! 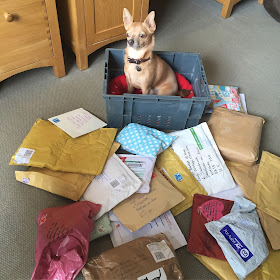 I think the poor postman couldn’t believe his eyes ! For three weeks the highlight of my day was seeing the postmans van arrive and out he would get with crates of parcels and packages.
Each and every one contained the most beautiful squares, all made with so much love and care, and every parcel contained cards for Amanda and Jenny and myself.
Parcels came from Australia, New Zealand, The Netherlands, France, Germany , America and so many more countries  – literally all the corners of the globe.

Everyday my desk was full of the brightest coloured squares you’ve ever seen. I could literally feel the positivity and hugs bursting out of each parcel.
There were parcels from individuals, friends sharing postage costs from the other side of the world, mothers and daughters and Crochet Clubs, and when some had trouble trying to source yarn, people from all over the world started sending their left over yarn to others so they too could take part. I was literally left speechless and very teary on a daily basis. 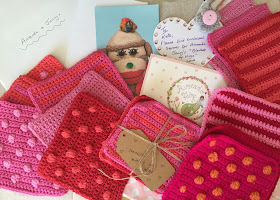 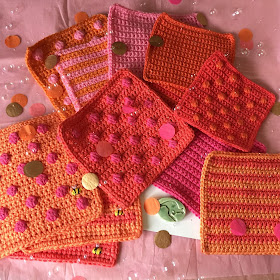 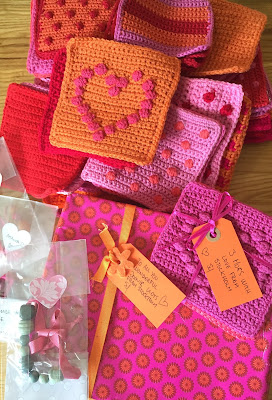 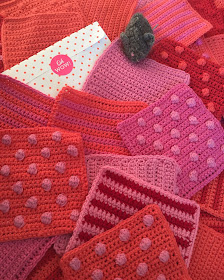 In no time at all there were bags, boxes and piles of squares everywhere I looked and just when I was beginning to have the teeniest of panics about joining all the squares by myself , the very next day I had four messgaes from people offering to drive from their part of the UK to come and help me join them. That number grew and plans were put in place for a Joining Day to take place at my local Village Hall.
By the closing date I had received just over 1050 squares !!!
TOTALLY AMAZINGLY FABULOUS !
The 1 blanket had suddenly become 7 blankets and 2 cushions … and the yarn for joining ? All donaned by lovecrochet.com 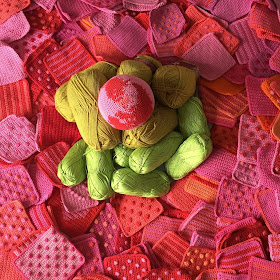 After a weekend of sorting squares in to yarn types and sizes , with help from daughters, daughters boyfriends and anyone else who happened to pop by, all the squares were laid out and 7 blankets were pinned together with just under 3000 safety pins ! 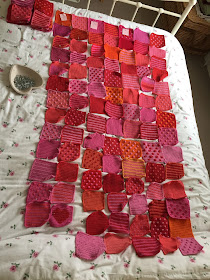 Once pinned and labelled the blankets were folded and packed in to bags all ready and waiting for the 20 fabulous joining ladies  who were travelling from all over the South East and South West of England with their crochet hooks at the ready. 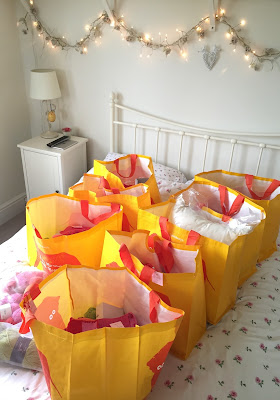 On the morning of Joining Day tables and chairs were laid out in the Hall, kettles were filled, and sandwiches and cake were piled high on plates.
One of our lovely ladies, who sadly wasn’t able to join us for the day, had even made the most beautifully intricate name badges for everyone, as for many of us it was out first time of meeting. 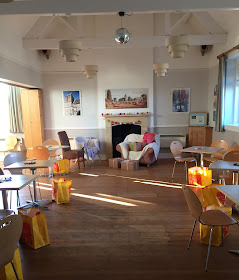 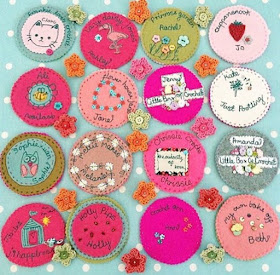 At 10:00am everyone arrived and in no time at all the tables had been pushed together and the chat and crochet had begun ! 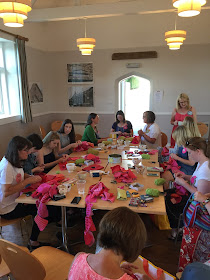 It was the most fabulous day, packed full to bursting with happiness, laughter, endless chatter and tea and the most overwhelming feeling of togetherness. It  will stay with me for a very, very long time to come. 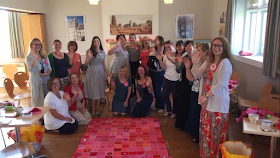 And what of the blankets ?
Well, it was only right that Jenny had hers to take away with her at the end of the day so I had joined that one in the week before and it was all ready and waiting for her, along with a cushion and two boxes full of cards and gifts enclosed in all the parcels. 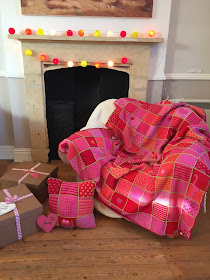 The 6 others were all taken away at the end of Joining Day and are now being worked on in various different locations. Once finished , one will be for Amanda and  following Jenny and Amanda’s request, the others will be Auctioned for the following charities:
The Little Princess Trust
The Brain Tumour Society/Michael Barry Fund
The Teenage Cancer Trust
The Rainbow Trust
Once Upon a Smile
To end this wonderful tale all I can say is the hugest of thank you’s to everyone who took part and helped in this amazing experience – and one thing I know for SURE is that …
♥ … Crochet definitely, definitely makes the world go round. ♥

Thank you for dropping by - I LOVE receiving your comments and get really excited when I see a new one has been added. I read every single one and try to send a reply whenever I can. ♥